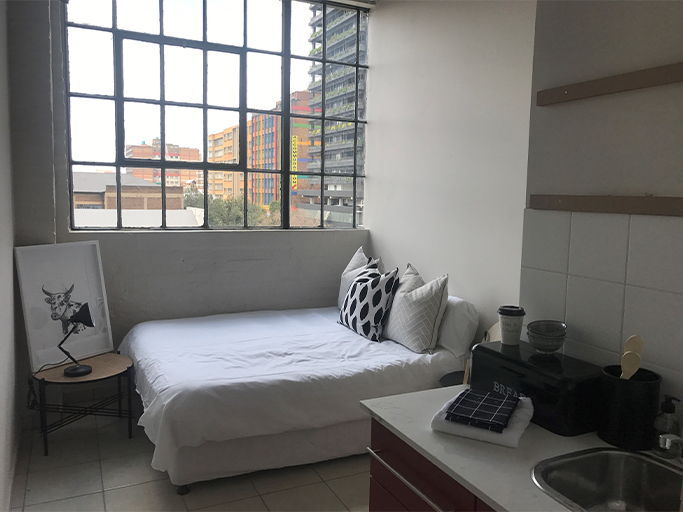 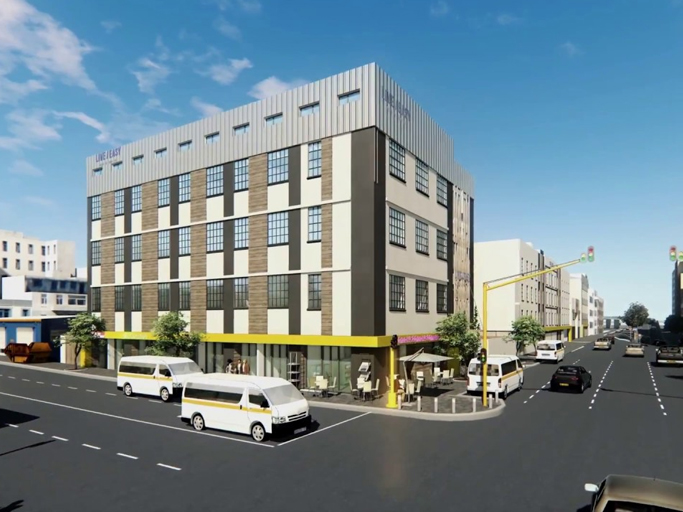 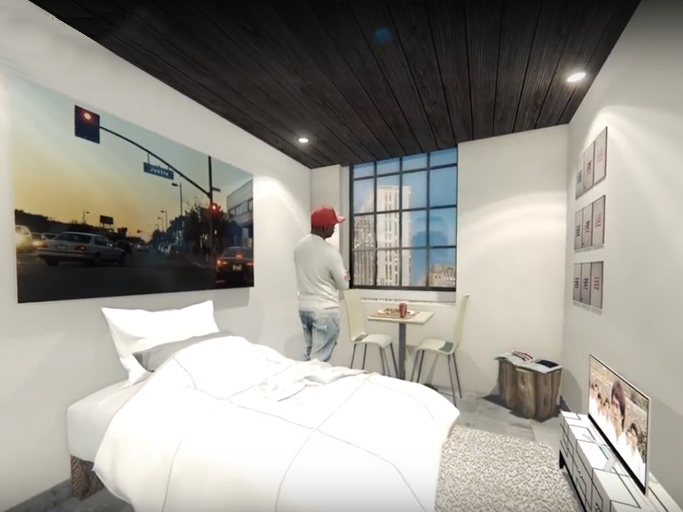 Live Easy’s Doornfontein Nano-Units is a brilliant example of urban renewal taking place in cities across the globe. We understand the need for affordable apartments; therefore, we have revitalised tired buildings like the one in Doornfontein, one of Jozi’s oldest and most loved suburbs that boasts beautiful trees and leaf-lined roads, to bring a whole new way of living to those that want to climb the ladder of success.

Our easy-living options offer a brand, spanking new home (Nano-Units), complete with modern kitchens, laundry (no need to buy that expensive washing machine), plenty of cupboard space, Wi-Fi, DSTV Plug & Play, and a canteen for the times you simply cannot or don’t want to cook.

Doornfontein is one of the suburbs that has gone from a no-go area to a hip, vibey urban community.

This is what you can expect from moving in and moving up in your smart Nano-Unit in Doornfontein:

Shopping and Fun stuff to do in Doornfontein

Doornfontein is a stone’s throw from the hip, vibrant urban community of the Maboneng Precinct which is most certainly one of Jozi’s coolest spots where modern urban apartments and roof-top hangouts are sought after by creatives, entrepreneurs and young up-and-coming professionals.

There are art galleries, collaborative workspaces, cinemas and an eclectic mix of people on the street; a spot where you can enjoy the trendy restaurants and coffee bars.

The Neighbourgoods Market is a “must-see”, too; here the pavements are clean and well-maintained.

Doornfontein is steeped in history and is home to one of Jozi’s oldest synagogues (1921), and one of the world’s famous stadiums – the Ellis Park stadium.

The Civic Theatre in Braamfontein, now the Joburg theatre, showcases world-class productions including ballet, live shows and more. Culture vultures will not be disappointed.

There is something for everyone to enjoy whether you love the theatre, the rugby or would like to swim like an Olympic Gold Medallist at the Ellis Park Swimming Pool, you will not be short of stuff to do.

Schools and universities in and around Doornfontein

There are numerous primary schools, private schools for primary and high school learners in and around Doornfontein and universities close by - you will be spoilt for choice.

Places of Worship in Doornfontein

There is no shortage of places to worship for those living in Doornfontein – every denomination and every religion has been catered to. The Mosque in Houghton is easily accessible for Muslims, churches abound, whether you are Catholic (The Archdiocese of Johannesburg in Nugget Street is a beautiful example), Methodist or Presbyterian; Berea has a place to worship no matter what you practice.

A tour of Jozi’s oldest place of worship is also a wonderful, historical experience. Take a walking tour of St Mary the Less; this will intrigue history buffs of all ages and all denominations.

Doornfontein is within easy access of the world-class Johannesburg General Hospital and the Charlotte Maxeke medical facility - both offering some of the world’s top maternity, high-care, oncology and trauma units on the continent of Africa. Patients from all over Africa come from far and wide to get top medical care. Doornfontein is a mere 10 minutes from some of the best medical attention you could ever experience.

Whether you love exotic food or African traditional cuisine, you have everything and more at your fingertips in Doornfontein. Buy street food or order in from Uber Foods Delivery, Woolworths Food Delivery or simply pop into the canteen that is there for your convenience.

For those individuals that are moving out of res, home or from shared digs, we have the perfect solution for you – brand new (completely refurbished), close to public transport (no need to buy that car right away), smart, safe and convenient. You will be pleased you did.

ENQUIRE NOW Should you wish to enquire about our rentals, please fill out the form below. We endeavour to respond to all queries within 24 hours.